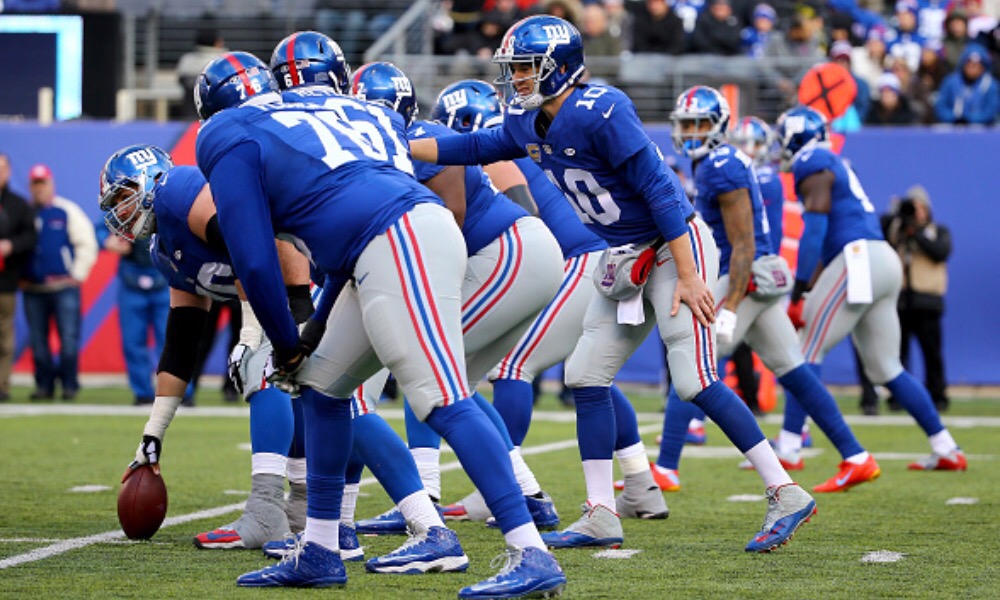 Giants’ Offense Will Be One Of The Best In The NFL This Season.

The New York Giants finally addressed their defensive issues this offseason. On paper, they should have one of the best defenses in the NFL this season, but they still have to put in the work to prove they are one of the best units in the league. With their offseason acquisitions, the Giants have favorable NFL odds of winning the NFC East. While the defensive issues the team has had in recent years have been addressed, their offense still needs some work, and will be key to their success this season.

Last year, one of the biggest problems the Giants had was the lack of a consistent running game. Over the years, the Giants have gone from one of the best rushing teams in the league to one of the worst, season ending  injuries to players like David Wilson, have altered the G-men running plans.
The Giants now mainly use a committee of running backs, and quarterback Eli Manning has been forced to throw the ball more than the team would like him to.

In the past two seasons, injuries to their best receivers have had an impact on the effectiveness of their passing game, but expect that to change this season because the Giants have one of the best receiving corps in the league and they are all healthy.

Victor Cruz, who was New York’s best receiver before the team drafted Odell Beckham Jr., did not play last year because he was recovering from an injury. With Cruz healthy and expected to be ready for the season opener, the Giants will have their best slot receiver back. One of the benefits of the injury to Cruz was that it forced the Giants to turn to some of their unproven receivers, which ended up working out well for the team.

Tight end Larry Donnell, only played in eight games last season due to an injury, but Will Tye stepped up in his absence and finished the season with 464 yards and 3 touchdowns. With a healthy Donnell back in the lineup, the Giants will have a very good tight end combination that will create matchup problems and be difficult to defend against. The speedy Tye will be able to stretch defenses, and Donnell, who is New York’s best red zone weapon, will be used mainly in short yardage situations.

During the draft, the Giants used their second round pick on wide receiver Sterling Shepard, whom they expect to contribute immediately. With the trio of Beckham, Cruz, and Shepard, Eli Manning will be able to carve up a lot of defenses this season. While Manning finally has some weapons on offense, he has to be more careful with the ball and avoid turning the ball over as he has done in the past.

The biggest question the team has now is if Victor Cruz will return to his previous form when he takes the field. However, the Giants feel the year he took off will allow him to come back stronger than ever, and now that he has other capable receivers playing with him, he doesn’t have to do everything by himself.