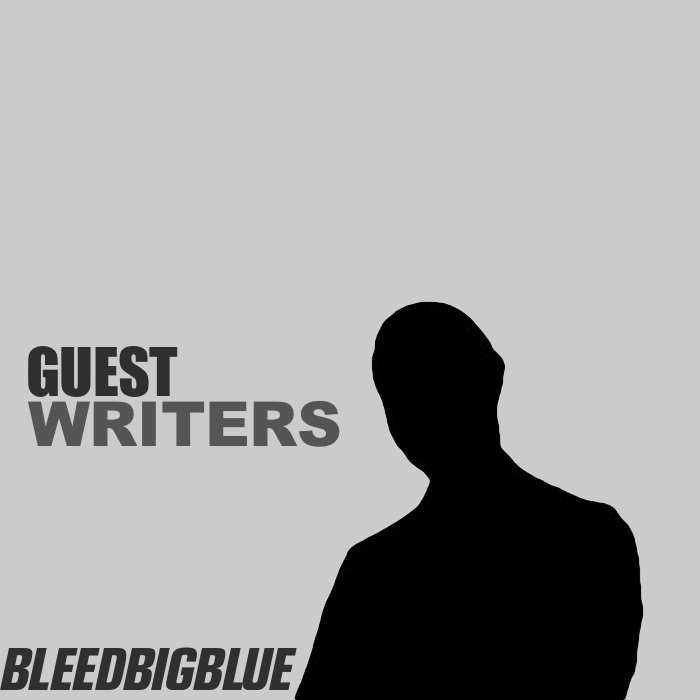 Can you smell it? Can you feel that electricity coursing through your veins?

If you are a die hard fan like me, you know exactly what I’m talking about. For those of us that BLEED BIG BLUE there is a sour taste in our mouths from last season. The way that last month of the season ended has not sat well with me at all, and I’m sure it has not been easy for all of you as well.

Two years ago 9-7 got us to the playoffs, where we made another magical run to ring number four. Last year 9-7 left us on the outside looking in and wondering what might have been. I know I look back and say what if all the time.

What if the GIANTS run the ball that night in Philadelphia and Ramses Barden doesn’t get that terrible offensive pass interference call? We would have finished 10-6 and won another Super Bowl right? Wrong.

Bottom line in the NFL these days is that the talent is so even throughout the league, for the most part, sorry JETS fans, that a game early in the season can have ramifications come week 17. Every blown game, every mental breakdown, every missed opportunity is almost guaranteed to come back and haunt you because no one is running away with this division.

I’ve read all the so called ”experts” and what they are saying about the NFC East. All I hear is Redskins this and Cowboys that. RGKnee and Redskins. Tony Romo and the Cowboys. It’s their division to lose says all the tabloids and TV stations.

Here is the reality Giants fans, see I am BIG BLUE all day long, but I pride myself on not only knowing the Giants, but knowing the game of football.

You can make a case in my opinion for the Cowboys, the Redskins and our G-Men to win the division now, but the odds are this is all coming down to week 17…again. One team is going 10-6, the other 9-7 and the third will most likely be 8-8. You can flip a coin to decide which team finishes where and when all is said and done there will most likely be one game, or one play that we can point to that either puts us in the playoffs or has us watching again.

But this is BLEED BIG BLUE right? So let’s make a case for our GMEN,

Here are some thoughts on our division, team by team.

Eagles – Are they even worth mentioning here? Yes. Chip Kelly’s offense should bring some excitement early in the season. Vick in that offense will make some plays and with Lesean McCoy, who looks great this preseason and Desean Jackson the Eagles will be competitive and score some points. The downside for Philly is this, they are horrendous on defense and Michael Vick is careless with the football even if he can stay healthy.

Eagles finish 6-10 and last place in the NFC East.

Redskins – I’m not drinking the Kool-Aid on this one and for one reason only. RGKNEE.
I’m not sold at all. I think a lot of what the Redskins did last year was due the read option and the defenses inability to figure out who had the ball. That’s why RGKnee completed a high percentage of passes last year, and Alfred Morris ran through defenses. It was the offense they ran, their ability to keep defenses off balance.

Adapt or die: Defenses catch up eventually. It happened to the Run n Shoot offense and the Wildcat, pick a gimmick any gimmick, they don’t last. I’ve seen interviews and have read many articles about defensive coordinators and coaches reaching out to college coaches this off season. Why? They want to know how do they stop the read option? The answer has been unanimous. You hit the QB, whether he has the ball or not. Then on the next play, you hit him again and when the next play comes you hit him harder. Punish the QB, cut off the head and the body dies, which leads us to number 2…

2. RGKNEE – Ok, let me start by saying this, RGIII is a tremendous talent and one of the most dangerous players in the league with the ball in his hands. But does anyone else feel that the knee brace he will be wearing for the entire season might as well be a bulls-eye for opposing defenses? I do. If the way to beat the read option is to pound the QB, how long does RGKnee last this year? Can he take the punishment coming his way? Both physically and mentally he will be tested this year. Put it this way, if you take away his ability to run the football the advantage goes to the defense, can he adapt without those receivers running free and Alfred Morris not finding as many lanes to run through because the main threat of that offense, RGIII’s knee is not capable of doing what it did last year?

Redskins finish 8-8 and in 3rd place.

Cowboys — We’ve all heard this one before and it’s almost become a punch line now among us NFC EAST fans no matter who your team is. This is the Cowboys year. I laughed just writing that. Are the Cowboys a talented team that can very likely make a run this year? Yes. Will they? Well that depends on one man. Tony Romo. Can he make plays when it counts, in December and in the 4th quarter? The talent around him is scary. DeMarco Murray is healthy and should be ready to carry the run game. Dez Bryant looks poised to have a huge season and is a game breaker. Miles Austin and Jason Witten are perfect compliments and the defense should be much better this year with Monte Kiffin calling the shots, but in the end it will come down to Romo. If Tony can stop making those terrible decisions that Cowboys fans still have nightmares about, this team can be very dangerous and even a Super Bowl contender. Remember, Romo and the Cowboys had the ball with a chance to go down and score and take the division from the Redskins last year in week 17 and on the very first play of that drive Romo throws a interception. If seeing is believing, then we need to see Romo stop making such terrible decisions with the ball in crucial moments to truly believe the Cowboys can contend for a championship. The Jury is still out.

Cowboys finish 9-7 and make the playoffs via the wild card.

Giants — I honestly think this is Coughlin’s last season as coach and I feel like the veterans on the team sense it as well. If the Giants fall flat on their faces like they did last season that would make 4 out of the last 5 years out of the playoffs. Yes, we have a 2 Super Bowl wins in 7 seasons but as you all know the NFL is not about looking back, it’s about moving forward, and with no playoff appearance this year the Giants would face a serious quagmire at years end. So why do I bring this up? Cause motivation fuels our Giants. This team has always played great with their back to wall and like feces when they are praised and told how good they are. I think Tom has another run in him and the Giants are talented enough to be hosting the Super Bowl at MetLife stadium this year in more ways then just one. The key to the season in my opinion is very simple. Show up every week for 17 weeks. If you remember last year, we went into San Francisco and took apart the 49ers, the game was never close, we dominated them from start to finish. The 49ers were a play away from winning the Super Bowl last year. What does that tell us? We can play with anyone…any week…anywhere. But, we also know that this team is more than capable of laying eggs during the course of the 17 week season… The Eagles game in Philly was tragic and the losses to the Ravens and Falcons left us flabbergasted and befuddled, for lack of better words. So why do I think this year will be different?

While I feel the other teams in our division will come flying out of the gates early this year, I think our Giants are built to get better as the season moves towards December.
And look for the players to rally around their beloved coach for one more magical playoff run.

Giants’ Offense Will Be One Of The Best...

For the Love of the Giants

Hi James, I liked your article and your predictions only I feel you arent giving the Redskins enough respect. I personally feel that they will be stronger than last year. I think they’re defense will be improved and will play a lot better. I think Alfred Morris is for real, he looked like a beast last year and that’s why Wash was #1 in rushing the rock. And RGIII is RGIII. Having said all that I think the division comes down to Big Blue and them. I’m hoping the Giants can stop the run this year with our average at best LB crew. I do tend to be a pecimist at times but having read your article I just wanted to respond. I like your optimism and I hope your predictions are totally on point. I enjoyed reading your post and look forward to more in the future……….LET’S GO BLUE!!!

Exceptional analysis!!! Hope to see more this season from you.

The Giants offense will be potent this season. Gotta win the close games. Phi & Was will be broken down by the end of the season.

Well written, James…. I agree with Heidi, I want to hear more you too….