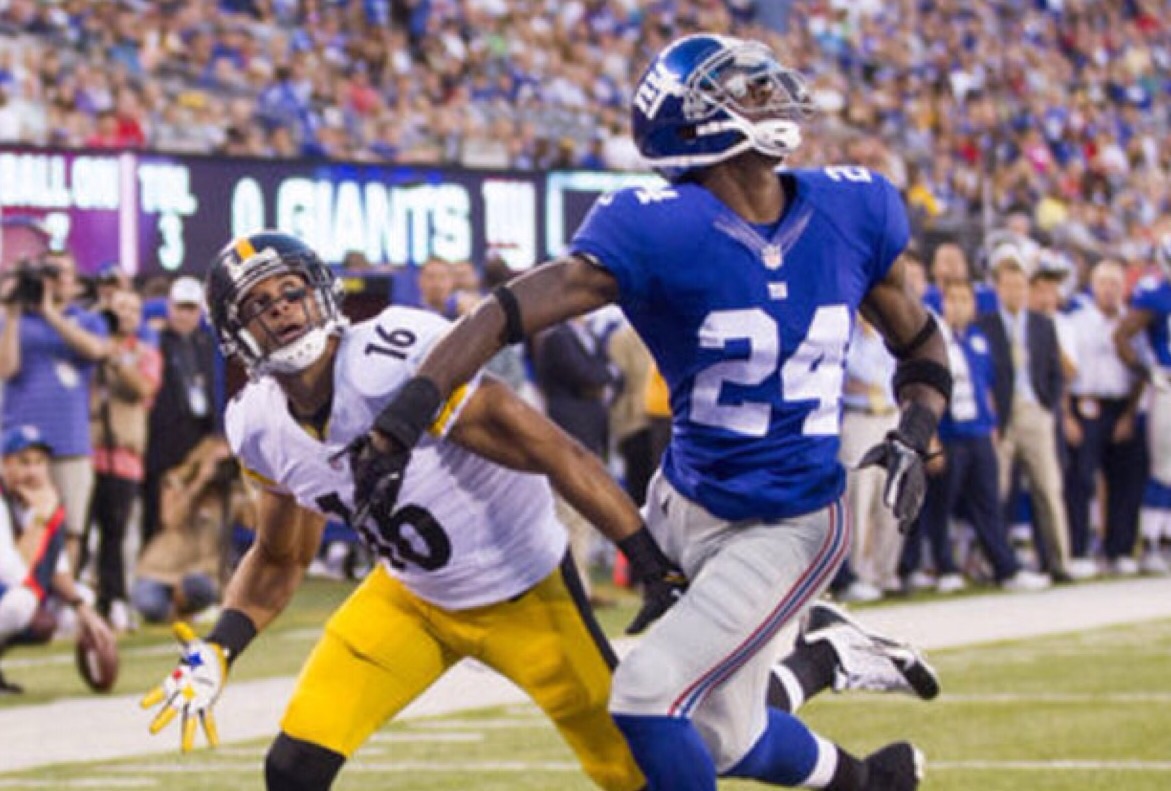 Coming into the season, the New York Giants were projected to have one of the best secondaries in the NFL.

Signing cornerbacks Dominique Rodgers-Cromartie and Walter Thurmond III to go along with Prince Amukamara and Trumaine McBride, the Giants looked like they had a promising group of defensive backs to along with safeties Antrel Rolle and Stevie Brown.

Amukamara, and McBride to IR while Rodgers-Cromartie nursed injuries throughout the year. The Giants have all of these defensive backs signed for next year except for Thurmond III who was signed to a one-year deal last offseason.

In a recent interview with the New York Post, Thurmond stated that he loves New York and would be open to a return with the Giants next season. If I were General Manager Jerry Reese, I would do everything in my power to resign the 27 year-old cornerback.

Thurmond only played in two games with the Giants before suffering a season-ending injury and never really had the chance to showcase his skill with the team. Thurmond III, who signed with the G-Men in the off-season after winning a Super Bowl with the Seahawks, is considered to be one of the best slot corners in the NFL. This year should have proved to the Giants that you can never have too much depth on defense. The season started with Rodgers-Cromartie, Amukamara, Thurmond and McBride in the secondary and ended with Rodgers-Cromartie, Mike Harris, Zack Bowman, and Chykie Brown.

Although a pectoral injury is tough to come back fully healthy, the Giants would be extremely wise to retain Thurmond’s services. When healthy, Thurmond can prove to be one of the best slot cornerbacks in the league, which was evident with his time with Seattle. Hopefully the Giants can hammer out a fair deal with Thurmond and prove that this secondary, when healthy, can be one of the best in the NFL.