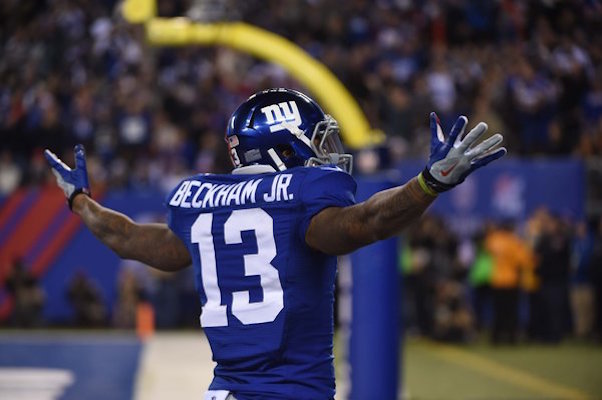 It came as no surprise to us Giants fans as Odell Beckham Jr wins AP Offensive Rookie of the Year. Beckham is the first Giants player to be blessed with this honor. Only Lawrence Taylor was similarly  named AP Defensive Rookie of the Year for his  1981 season. Beckham tallied 42 of the 50 votes needed to win, seven votes fell upon Cowboys guard Zack Martin (who the giants had their eye on pre draft) and one vote for Buccaneers wide receiver Mike Evans (who also was high on the giants draft list).

Odell who started off to a very slow start missing the preseason to the 1st 4 games  due to a lingering hamstring injury, Odell frustrating Giants fans on when they would see their 1st round draft pick in action.

Early in the year I didn’t even know if I was going to have a chance to play, Beckham said. (It took) patience, a lot of prayer, and a lot more patience. Being out that long and just not knowing if you were every going to get healthy was very hard for me. I fought through it and came back and had a nice little season.

When Odell got his 1st burn vs Atalanta he shined, and finished the year with 91 catches, 1,305 yards and 12 touchdowns. Lifting the fan base and  and lighting a fire with amazing catches and play.

Beckham Has one goal in site. its the same goal we all have.

The Sky is the limit, Well done Jerry Resse, Lets have another draft class just like this one.