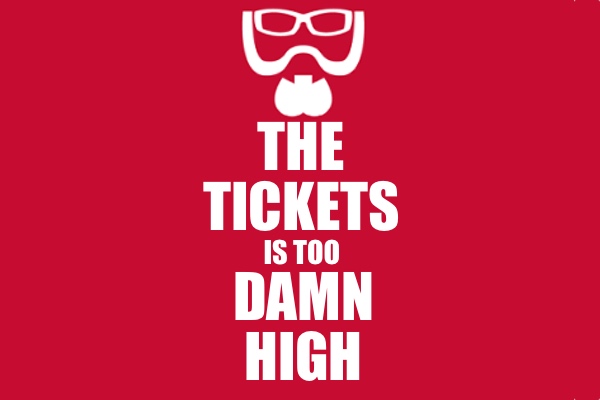 Tickets Is Too Damn High

Its that time of the year where as a giants season ticket holder, I am cursing asking why the hell do I pay full value ticket for a preseason game. The general the cost of going to a NFL game is now bordering on outrageous.

Drunk off a Super Bowl victory, Big Blue alerted the press that they will not be raising any ticket prices for this season but prices still remain as the highest ticket price in the NFL.

Attendance in the NFL is slipping in contrast to TV ratings. Popularity of the games are at an all time high. According to the NFL office there is an increased focus on the in-stadium experience by providing wifi and fan friendly accessibility.

I guess as a New Yorker we are use to paying for a premium. Our cross town rivals Jets recently lowered their ticket prices. For once let’s do something that the Jets do.