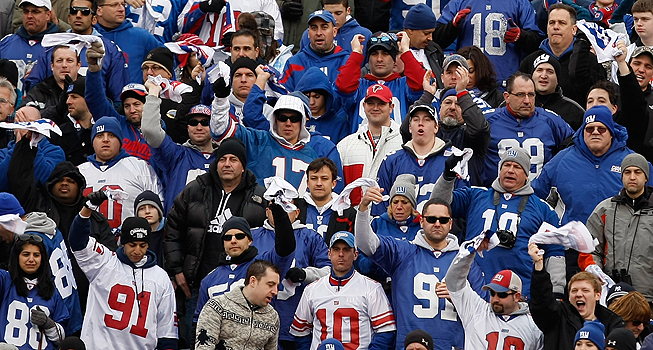 Unlike most of you watching Big Blue and its amazing comeback, I was at a wedding. Us football fans were huddled by our phones checking fantasy stats, peeking over our shoulders so our wives wouldn’t see. Some of the lucky slingbox owners even saw glimpses of live footage.

Overall, It was fine I was able to sell the tickets I had on NFL ticket exchange with no problems. In conversation, I asked another football fan which site does he like to sell his tickets Stubhub or NFL Ticket Exchange. He said neither, he bought a total of 2 NY Jets PSLs for $20,000. which hold a ticket price $150 each. He can’t sell a preseason or regular season game. To think that last month I bitched about the preseason games. Maybe I shouldn’t bitch and just be happy I’m a Giants fan. A happy Giants fan.