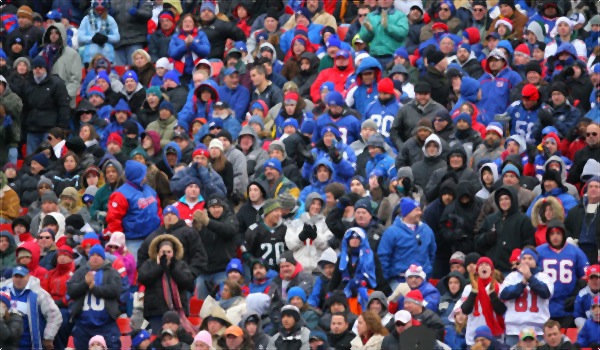 510 yards in a single game! The greatest aerial performance of Eli Manning’s career. Was it against

Tom Brady for the Championship of the World? Was it a family feud with his brother, Peyton? Was it an epic NFC playoff battle against Aaron Rogers or Drew Brees? Nope. Josh Freeman and the Tampa Bay Buccaneers. That being said, Eli had probably one of the greatest 2nd half performances of an NFL quarterback in recent memory.

Usually, when a quarterback has a bad game, or a bad first half, it’s up to the rest of the team to rise up out of the ditch. The defense has to stiffen, the running game has to improve, receivers have to turn shorter throws into longer gains. This game was all on Eli. Josh Freeman never faced much resistance from the Giants’ D until the very end. He was able to maintain an 11 point spread through most of the game. The Buc’s D, on the other hand, picked off Eli 3 times and gave Josh Freeman excellent field position to put points on the board. Not for nothing, but spot the Cowboys, Redskins or Eagles 21 points and see where that gets you.
Eli stepped back into the spotlight in the second half and boy did he shine! He didn’t leave it up to his defense to get stops; he didn’t lean on his backup halfback (who was also pretty remarkable by the way); he didn’t shrink in the shadow of the mountain he built. He took control of the game.
Eli didn’t even let the crowd get to him – the crowd that booed him off the field in the second quarter. Really, Giants fans? You’ve probably got the best quarterback in the NFL on your team and you boo him into the locker room at halftime? The same Giants fans changing their profile pictures to Eli after the game, what were you saying about him 90 minutes ago? Shame on you! Have a little faith in (arguably) the greatest player your team has ever had. I don’t think any other team could’ve come back from that. The Giants defense couldn’t stop Josh Freeman. Big Blue couldn’t establish a running game and Eli had Buccaneers breathing down his neck often.
Go check out a Buccaneers page, they’re proud of their performance. T Donald Penn said “…the world knows the Bucs, we aren’t playing around anymore.” Just to put things in perspective – sure, Eli is going to the HOF and there will never be another Big Blue #10, but it took all he had to beat the Bucs. It’s early in the season and pretty much everybody is 1-1, I get that. But, the Giants were stifled by the Cowboys and had to turn out an epic performance to beat a team everybody (including the Bucs) expected them to walk over. Tampa came to “Giants Stadium” wanting to put on a good show. They wanted to test themselves against the Champs, probably expected they wouldn’t win, but could walk out with a moral victory if they kept it close throughout.
Despite the loss, I think the Buccaneers pick up a bit of momentum going into week 3 – there’s only 1 Eli and they don’t have to worry about him anymore. Concerning the Giants, if it takes a Lifetime Achievement Award just to overcome the mediocre teams, what is left in the tank against the top dogs? You’ve only got 3 mediocre teams left on the schedule.