Home Off Season What To Do With Hakeem Nicks?
Off Season

What To Do With Hakeem Nicks? 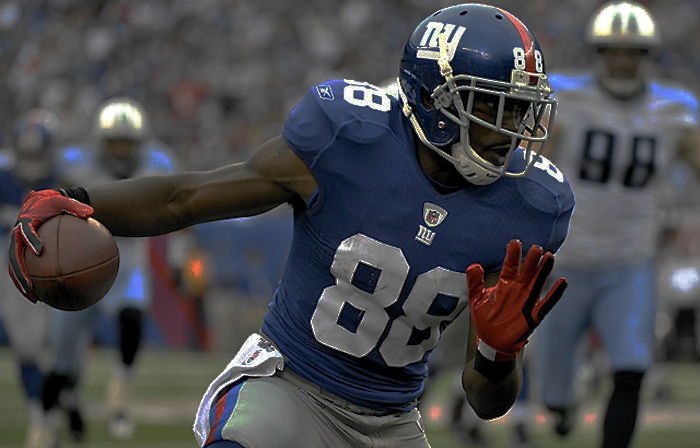 What To Do With Hakeem Nicks

One of the biggest descions Jerry Reese will be faced with this offseason is what to do with Hakeem Nicks. As we all know Nicks is now a free agent. He will probably also be looking for a big pay day. If this is the case then the Giants should pass on him in my opinion. We have a lot of receiver talent and could use a lot of help in other areas of the game. Instead of paying him money for potential the giants could use this cash to restructure a must fix offensive line. I would have to believe the Snee, Bass, and Diehl are all gone next year. They don’t need a star they need to fortify at least two spots upfront. We could also use linebacker help and some help in the secondary. All signs point that Nicks will not be back next season and I agree with this, if it indeed does happen.
Other than the much needed help for the offensive line there are free agents out there that I believe are as good

or better then nicks. The team would be much better off going out and spending a lot of money on someone like Jimmy Graham. Doubt that we would ever get him, mostly because New Orleans would be crazy to let him walk. I also believe that we could get Eric decker for a significantly lower price than Nicks. I would prefer decker over nicks to be honest. In the past two years I have noticed two things about nicks. He doesn’t fight for the ball when Eli gives him chances and he has no breakaway speed. Decker has shown me that he has both these things.
The most troubling thing about Nick’s though is the injuries. Ever since he broke his foot in early 2012 he just has not looked the same. He has not missed much time but it feels like he isn’t even around during most games. I also believe that he is afraid to get hit because of his injures which also leads to him dropping so many easy balls. It has been a tough show to watch ever since the super bowl victory to be honest with you.
The giants would be silly to pay Nick’s a high price tag because of the level of potential he has. The last few years have not been good and productive in a stage in his career where he should be improving on a year to year basis. There is an enough blame to go around for everybody on this team for the performance they gave this year. It really hurt Eli, Cruz, and the rest of the offense that Nick’s was nowhere to be found in most games this season.

To Extend Eli Manning Or Not?