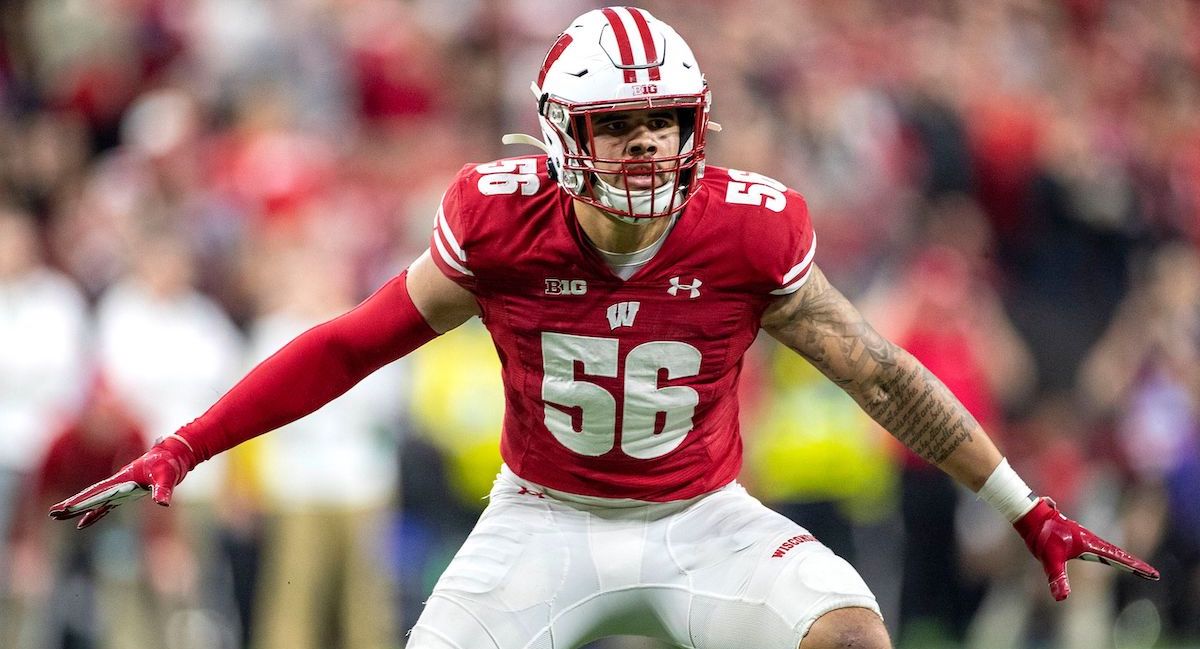 As we sit here many things are different. However, it seems apparent that as a football fan there are few things, we all have in common. More than likely you spent some sort of time wishing that sports would get back to normal so you would have something to watch and had to settle on watching Superbowl’s of the past wondering if the next one was going to happen on schedule.

How did we get here?

One of the greatest parts of being quarantined this Easter was watching the replay of the New York Giants dismantle Tom Brady and the Patriots’ perfect season. If you watched this game as a Giants fan, it seemed like so long ago due to the Giants being irrelevant when it comes to post season play in recent years. There were several things that stuck out about this game, especially thoughts applicable to the upcoming draft and how to get the Giants back to that level of play.

The second thing that stuck out that most people remember is the performance of the defense against Tom Brady. You know, the quarterback who is probably the greatest of all time in his prime, being held to limited performance. When the game started, it is not long before the existence of two stud defensive is evident.

There were several other guys who subbed in, but Justin Tuck and Michael Strahan gave Tom Brady nightmares. Fast forward to modern times and the Giants are in a very different situation. On one side you have Oshane Ximines, a rookie from a smaller college, who really came along as the year progressed. Ximines will probably see the recently added Kyler Fackrell and Lorenzo Carter rotate in on certain packages. However, the other side of the line has no true starters. This is where a player like Zack Baun could really make a difference for Big Blue.

The list of awards and accolades for Zack Baun would be one that goes on and on.  However, just to highlight a few he was a Butkus Award finalist, Bednarik Award semifinalist, consensus first-team All-America (FWAA, Walter Camp), second-team All-America (AFCA, AP, Sporting News), and first-team All-Big Ten (consensus). Baun ended the season with 76 tackles, 19.5 tackles for loss and 12.5 sacks.

He was also named first-team All-Big Ten.  Baun also was named defensive captain, and during his final two years of college never missed a game!  When you put on the tape of Baun two things flash: his speed and intelligence. Some people are going to point out the fact that Baun is slightly undersized for the NFL.  However, for the Giants, this may not prove to be a problem.

The reason why is because the strength of the Giants defensive line right now is right up the middle with a lot of big powerful men being involved (Williams, Hill, Lawrence, and Dalvin Tomlinson).  This will cause teams to attempt to run to the outside when facing the Giants. Having an athletic, speedy outside linebacker who can set the edge would be an ideal addition.  Baun in college was asked to set the edge, as well as cover in zone which he was quite effective at both. This will allow Baun to be rotated around the line, cover tight ends and receiving running backs, as well as set the edge to keep quarterbacks in the pocket.

Cons:  Most draft experts feel as though Baun could be taller, put on a few pounds, and spend some time in the weight room.  Some experts fear that Baun will not be able to be as effective against larger opponents in the NFL (at age 23, find a draft prospect that is fully developed).  When studying film, sometimes Baun can misread the play and have coverage issues.

Final Thoughts in relation to Big Blue: The Giants at pick 4 have a ton of options, and no one is a hundred percent sure what will happen. But if the Giants decide to move back to acquire more picks, and sure up more of their problems, Baun could be a great pick up later in the first round. He could be a plug and play outside linebacker day one, who could solve one of their major needs for pressure against opposing quarterbacks and still be picked towards the back of the first round.

Some people have him projected to still be there in the second round; I think that’s probably a hopeful prayer. More likely is that at the back of the first round when the top-tiered OLBs and DEs are fading he will be picked. If Baun came to the Giants, it would allow him to reunite with fellow teammate and fan-favorite Ryan Connelly (a rookie who tore his ACL in week 4). Connelly by the way, just for perspective, was a rookie from Wisconsin who did not have high measurables and was drafted in round 5 by the Giants. By week 2 as an “undersized” linebacker, Connelly had soared up the depth chart and was arguably the most exciting player in the linebacker group of the 2019 Giants. Baun is a player who could not only solve a need, but like many players in Big Blue past, he is a high character-high intelligence player. Graduating from college in December, Baun knows there will be life after football. Whichever team takes Baun is set to have a true day one difference-maker.

“Zack Baun Player Profile ” was written by Guest blogger Christopher Keene Please leave feedback in the comment field below, I would love to know what you think.